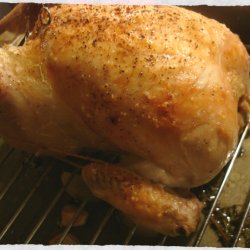 Næste indlæg
Last nights dinner was a lovely, juicy and tender roast chicken with a side of fresh pasta and bel

For Christmas Sillas gave me a macarons starter kit, with a piping bag, lots of nozzles and a great recipe and how-to book.  I have never made macarons but have wanted to for a while. But I was nervous because I had read that it was tricky and quite technical. I have never been any good at making meringue so the thought of working with sugar and egg whites scared be a bit to be honest.

But I decided that today was the day that I would give it a go. And well…I had to give it a go twice. See the first batch turned out horribly. So I read up on macaron making– again, and luckily the second batch turned out great. They can still be improved, but for a beginner, I would say that they are quite good looking.

I love the contrast between raspberries and dark chocolate, so that is the combination I went with this time.

I found out that the trick was, to beat the egg whites very softly and for a short period. And also to mix the icing sugar and almond flour in a mixer, making sure that everything is nice and smooth.

The recipe I am using is from a danish blog featuring amazing chocolate recipes, so the blog is appropriately called chocolat

Pour the icing sugar and powdered freeze-dried raspberries into a blender with the almond flour and blend it into a fine mixture.

Sieve the mixture into a bowl.

Pour the egg whites and sugar into a bowl and beat at low speed for about one minute.

Then beat at highest speed for a few minutes – until meringue forms soft peaks.

Fold the almond mixture into whites. (I pressed the dough against the sides of the bowl with a spatula)

Pour the mixture into a piping bag with a round nozzle and pipe small round circles onto a baking sheet lined with baking paper. In the starter kit, I also got a rubber sheet with circles already made, so I just added the dough where the circles where made.

Let the unbaked bottoms dry at room temperature for about half an hour to and hour. This is so the macarons start to have a ‘skin’ on top. This keeps the moisture inside the macarons and avoids cracks in the finished macarons.

Bake at 160 degrees for about 12 minutes. Now leave the macarons alone until they are completely cold.

Make the ganache by chopping the chocolate and adding it to a bowl with the butter and cream. Heat it over a bain marie until everything is fully melted. Now let it cool completely. Quickly whisk it before putting it in a piping bag and add a bit of ganache on every second macaron. Last thing to do is taking another macaron and making a little sandwich but lightly pressing the two together. 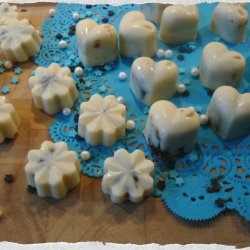 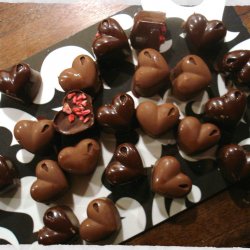 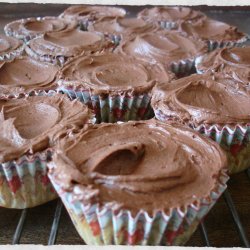 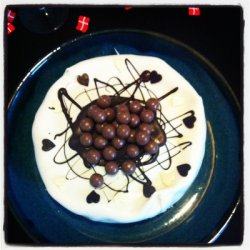 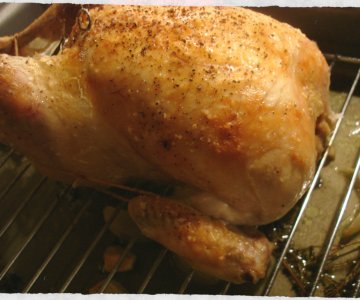 Last nights dinner was a lovely, juicy and tender roast chicken with a side of fresh pasta and bell pepper and tomato sauce. Sillas cooked …
Næste indlæg