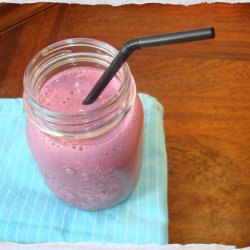 Næste indlæg
I treated myself to a homemade milkshake this afternoon. Since we had a few bananas and some blueb

Another recipe is now done in me Jamie Oliver domestic project. I really love this project. Its quite a long process but its great its also great motivation. And the book, Jamie’s America, has so many great recipes, so it’s just a joy to work through.

Last night I cooked Chili con Jamie as its called. The recipe says to use beef brisket instead of minced beef. The meat just melts and falls a apart when you let the dish simmer for a few hours.

The dish did turn out quite bitter, which we didn’t really like. It must have been the coffee, so next time I’ll use a bit less, or not as strong coffee. And perhaps use more tomato and a tablespoon more of sugar.

It was however still full of wonderful and rich flavor and the meat was tender and yummy just like I like it.

Here’s the recipe as I cooked it last night;

1 can of beans, drained (I used kidney beans)

Make the coffee and while it’s hot, soak the dried chillies in it for a few minutes.. Meanwhile, put your largest sauté pan on a low heat and add olive oil, the cumin, paprika, oregano, bay leaves and onions. Fry for 10 mins, until the onions have softened.

Deseed and chop half your fresh chillies. Slice up the rehydrated chillies and add them to the onion mixture along with the salt and pepper and a splash of the chilli-infused coffee. Stir, then add the rest of the coffee, the tinned tomatoes and the sugar. Add the pieces of meat and another good pinch of salt and pepepr, cover with lid and simmer for around 3 hours, stirring occasionally.

After about 2 and a half hours add the bell peppers, tinned beans and leave to simmer, stirring occasionally for 30 mins with the lid off until the meat is completely falling apart. Have a taste and season well if needed and add the rest of the fresh chillies.

Serve with rice and a dollop of creme fraiche. 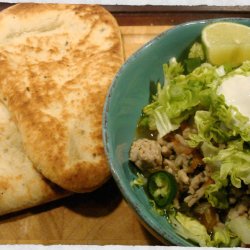 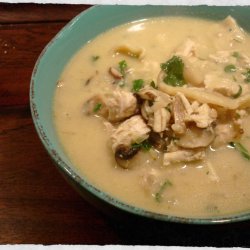 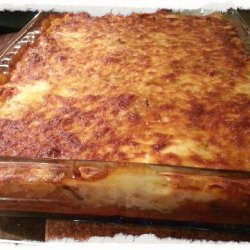 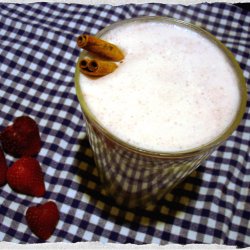 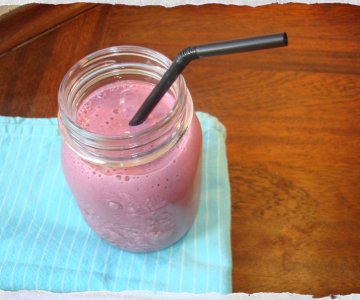 I treated myself to a homemade milkshake this afternoon. Since we had a few bananas and some blueberry sauce left over form the other day, …
Næste indlæg